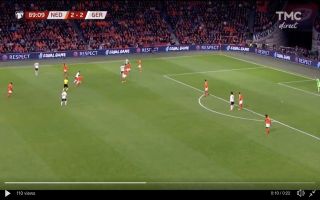 Joachim Low’s Germany scored a sensational goal in the last minute of their clash against Holland to snatch a win, Nico Schulz scored after a lovely team move.

In the final moments of the match, Germany looked as though they were content with a draw when they were passing the ball around calmly, but before you know it Manchester City midfielder Ilkay Gundogan sparked some magic by slipping in Borussia Dortmund star Marco Reus.

The attacker played the ball across the box and into the path of wing-back Nico Schulz who directed a side-foot finish into the back of the net.

Ironically Germany scored what can only be described as a ‘total football’ type of goal against the country that made the style of play popular.

This was a great game of football between two very exciting sides. I’ve got no doubt that both Germany and Holland are firmly on the way back to being their best. 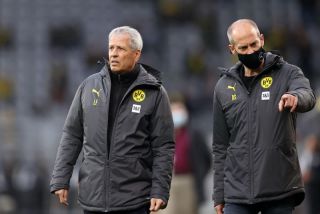