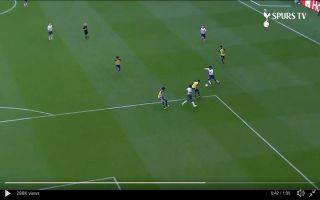 This afternoon’s Under-18s clash was staged at the new site as part of a test to see if the stadium can hold it’s own before Tottenham’s first-team plan to move into it for their Premier League tie against Crystal Palace on April 3.

According to the Standard, the cost of building the stadium is near the £1billion mark. Astonishing.

17-year-old winger J’Neil Bennett wrote his name into the Tottenham history books by scoring the first ever goal at the stadium in the 11th minute of today’s youth clash, and what a goal it was.

The winger cut in from the left-wing, dazzling Southampton’s defenders – before curling a strike into the bottom corner from the edge of the box.

The first ever goal at our new home.

17 yr old J'Neil Bennett scores the first ever goal at Tottenham Hotspurs New Stadium
What a superb goal, Now that's a way to score your clubs first goal in their new stadium #SpursNewStadium

Harry Kane is going to score a lot of goals in this stadium pic.twitter.com/AeoKGAEwMo

Bennett has etched his name into Tottenham history with his superb strike today, could the youngster be one to watch out for in the future? 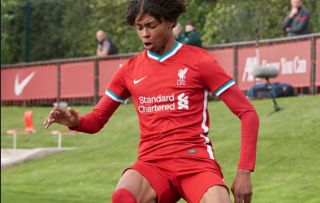