The Spaniard’s current deal is set to expire in the summer of 2020 and United have been locked in talks with him over an extension since the start of the 2018-19 campaign.

The 28-year-old has been arguably the most consistent performer at the club over the last few years and his continued presence between the sticks will be vital to the team’s chances of success under Ole Gunnar Solskjaer going forward.

De Gea’s new contract is a priority for United given the fact that they could end up losing him on a free transfer next year if he fails to pledge his future to the club, but one surprising reason is holding up negotiations.

According to Sport Bible, the Spain international has been offered a new deal which would see his wages more than doubled to £350,000 per week, but his representatives are holding out for a figure closer to £500,000.

Such a lucrative amount would bring De Gea in line with the world’s best, with only Barcelona star Lionel Messi and Juventus striker Cristiano Ronaldo reportedly earning such a huge weekly wage at the moment. 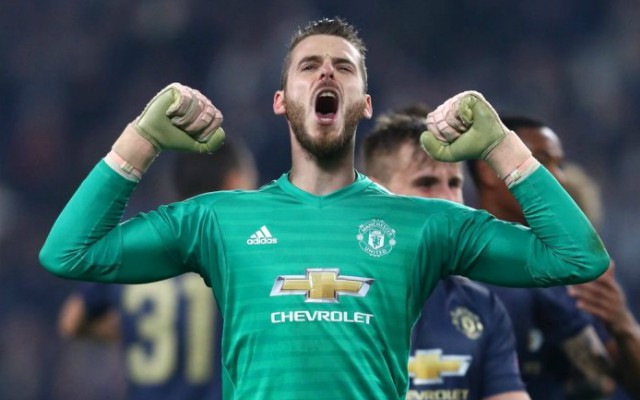 Paris Saint Germain winger Neymar is also in the higher bracket, with a weekly take home of 425,000, but never before in the history of the game has a goalkeeper commanded such a salary.

De Gea and his management feel that their demands are fair considering his contribution to the team and when you also consider the fact that United’s top earner at the moment is Chilean flop Alexis Sanchez on £400,000 per week, they might have a fair point.

However, it remains to be seen whether or not the club will be willing to increase their original offer by such a significant amount and as Sport Bible reports, Real Madrid are keeping a close eye on the situation.

The Spanish giants are reportedly already on the lookout for a replacement for Thibaut Courtois and if United are unable to tie De Gea down to a renewal between now and May, he could well be plying his trade in La Liga by the start of next season.