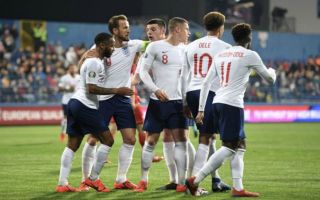 England supporters are raving about Callum Hudson-Odoi on Twitter after his superb display against Montenegro on Monday night.

The 18-year-old was handed his first ever start at international level in an important Euro 2020 qualifier for Gareth Southgate’s side and he rewarded the manager’s faith in him with an assured display.

The Three Lions ran out 5-1 winners on the night thanks to a Ross Barkley brace and goals from Raheem Sterling, Michael Keane and Harry Kane.

The comprehensive victory ensures that England maintain their 100% start in Group A, having also picked up a 5-0 win at Wembley against the Czech Republic last Friday.

Hudson-Odoi managed to stay on the pitch for the full 90 minutes in Montenegro, which is a testament to how involved he was in England’s general build-up play. 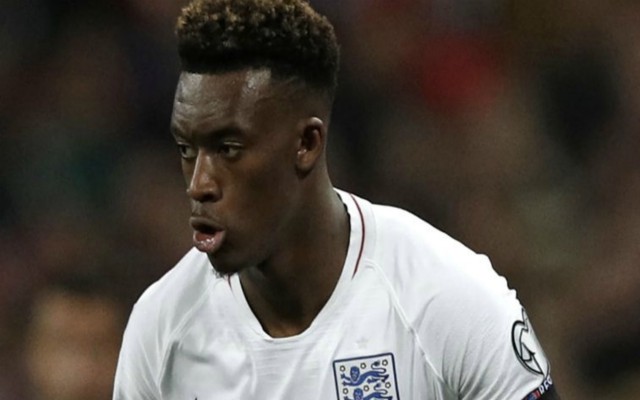 Hudson-Odoi in action for England

The Chelsea starlet even managed to provide the assist for the all-important second goal just before half-time, tricking two defenders with quick dummies before firing in a shot which Barkley diverted into the net.

Some England supporters took to Twitter to single Hudson-Odoi out for his lively display, with one onlooker describing him as “something special”.

Callum Hudson-Odoi is something special. His movement is so sharp.

Many Chelsea fans also weighed in on the teenager’s latest exploits, taking aim at Stamford Bridge boss Maurizio Sarri for failing to grant him regular playing time this season.

Hudson-Odoi has found minutes hard to come by generally, with most of his appearances throughout the 2018-19 campaign at club level coming in the Europa League.

Perhaps the Blues head coach will change his stance on the English winger when he returns from international duty, as he continues his meteoric rise to the top.

Check out some more comments from Chelsea and England fans below, via Twitter.

Imagine Sarri has just sparked up another cigarette, poured himself a large glass of Amarone & said to his missus, ‘I told the fools that Hudson-Odoi needed to improve in the defensive phase.’

The boy, Hudson-Odoi. Such joy.

Callum Hudson-Odoi to Sarri when he gets back to Chelsea pic.twitter.com/alcVUD5w9D

Imagine getting paid millions a year for your football expertise & still not having started Hudson-Odoi in PL, playing a World Cup (& two-time PL) winning CM out of position & leaving another WC winning striker (& now France’s 3rd top scorer) on bench too.

Feels good that people are finally rating Hudson-Odoi. Been saying he’s incredible for about 2 or so years now and he’s now getting the recognition he deserves. Elite player at youth level, elite player now #callumhudsonodoi

Callum Hudson-Odoi has 9 fewer minutes as an England international than he does in the Premier League this season. #CFC #ThreeLions #MONENG

Hudson-Odoi cleary a very big part of England’s very bright future. Lots to be excited about on the pitch