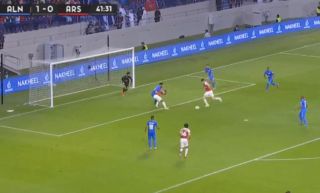 Carl Jenkinson has scored a goal for Arsenal in their friendly against Al Nasr today in Dubai.

The Gunners have not exactly looked at their best in this game during the international break, but are at least level at 1-1 now after initially going a goal behind after a dreadful error from Shkodran Mustafi.

Watch the video clip above as Jenkinson fires home a well-taken equaliser after being played in by Denis Suarez with a lovely through-ball.

The Spain international will want to impress Unai Emery today after a lack of action since his loan move from Barcelona in January. 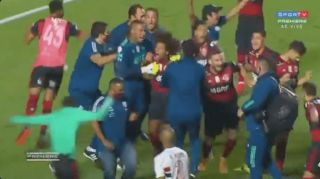