According to Tutto Napoli, the Reds have joined the race to sign the 21-year-old alongside the likes of Juventus, Inter Milan, Bayern Munich and AS Monaco.

Chiesa has enjoyed a stellar season at the Artemio Franchi Stadium, contributing 12 goals and three assists in 36 matches across all competitions and emerging as one of the brightest young prospects in Serie A.

Tutto Napoli reports that Klopp has asked Liverpool to open transfer enquiries for Chiesa, as he starts planning ahead for the 2019-20 campaign.

The Italian attacker is primarily deployed as a winger at Fiorentina, but he is equally capable of playing through the middle or in a number 10 role, which makes him the ideal fit for Liverpool’s current set up. 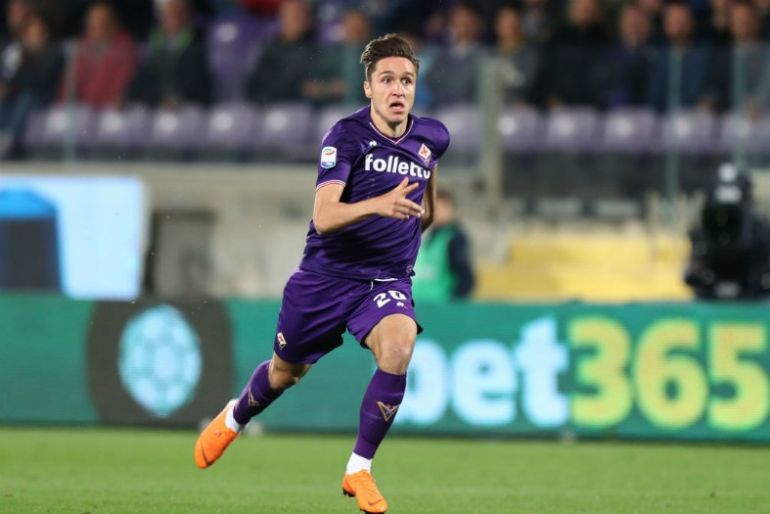 Klopp favours a three-man attacking system at Anfield, with Roberto Firmino, Sadio Mane and Mohamed Salah wreaking havoc across the Premier League and Champions League over the last two years.

The German head coach also has Xherdan Shaqiri to call upon from the bench, however, in order to keep up with Manchester City at the top of the Premier League, Liverpool may need even greater strength in depth going forward.

Chiesa has been tipped for a bright future at the highest level of the game and Anfield could be the ideal destination for his talent to grow quickly, particularly given his versatility and age.

It remains to be seen whether or not the Reds can fight off interest from the Italy international’s other potential suitors though, with his current market value thought to be as high as £90 million – as per Metro Sport.

This particular transfer saga looks set to rumble on over the next few months, with the market set to reopen again at the end of May.