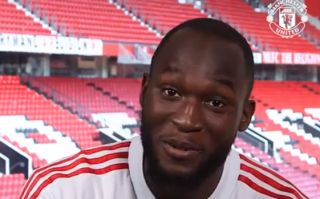 Manchester United striker Romelu Lukaku says he’s actually the fastest player at the club despite many people calling him slow.

The Belgium international has had a slightly indifferent season for the Red Devils, with some critical fans often suggesting he looks unfit and off the pace.

However, Lukaku believes they’ve got this wrong as he named himself as the fastest player at Man Utd in a short interview on Instagram, as seen in the video clip above.

Will this change people’s minds about Lukaku? Or has he quite obviously got this wrong?