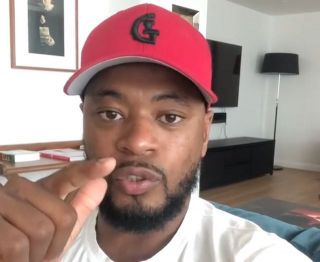 Patrice Evra could reportedly be in hot water following alleged homophobic abuse aimed at Paris Saint-Germain after Man Utd’s win over them earlier this month.

It came in an online rant after the Champions League clash between the two clubs, with Marcus Rashford scoring an injury-time penalty to send the Red Devils through to the next round.

It started in the stands as Evra posted a video of him and Paul Pogba celebrating despite being surrounded by the local faithful, and it escalated into a more serious matter thereafter, as reported by The Sun.

In his defence, Evra has since addressed those allegations in a separate Twitter post as seen below, where he denies trying to offend anyone and insists that wasn’t his intention if anyone took offence to his words and apologised.

However, the report goes on to suggest that the apology hasn’t been enough to satisfy French gay rights group Rouge Direct, who are said to now be taking legal action against Evra.

It’s added that if found guilty of public insults towards a group of people based on their sexual orientation, Evra could face a maximum one-year jail sentence, which would be the harshest action possible, and a potential £40,000 fine.

“We put out our D team – not even our C side.  The young lads who played used to clean my boots, and weren’t yet producing sperm.”

I love this game, and more importantly , I love EVERYONE. A quick message here to clear up any confusion! ?? #ILTG #positive4evra pic.twitter.com/92RuMIT9ao