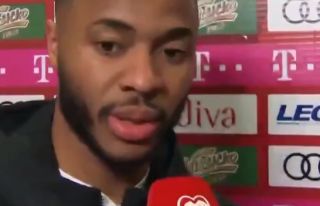 Respect to Raheem Sterling, who did not hold back in giving his opinions on the racist chanting he and other England players were subjected to against Montenegro last night.

Monkey chanting could be heard from some of the home support as England players strolled to a 5-1 victory, with Sterling among the scorers on the night.

"It's now time for the people that are in charge to put a real stamp on it because you can fine someone but what's that going to do?"

Speaking afterwards, the Manchester City forward called on football’s governing bodies to take this seriously and send a message with a stadium ban for Montenegro.

As well as that, Sterling brilliantly owned the racist fans with this tweet below enjoying his goal:

Best way to silence the haters (and yeah I mean racists) ?? #2019 #getsomeeducation pic.twitter.com/ohhkOJtdey