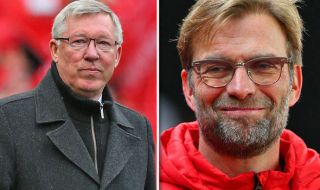 The former United boss underwent brain surgery last year after suffering a brain haemorrhage, and thankfully he has since made a full recovery.

In order to show his appreciation to the NHS for the work they did in looking after him and helping him recover, he held a charity bash last week and raised £400,000, as per The Sun.

It’s added though, that Betfred owner Fred Done contributed £100,000 and as part of that he plans to sit down and have a meal with Ferguson and Klopp.

Further details on when and where the meal will happen haven’t been shared, but it appears as though the pair will have a chance to sit down and discuss all things football with the Merseyside giants chasing the Premier League title this season.

Having overseen United’s most successful era, Ferguson will undoubtedly be hoping that their old rivals don’t add to their tally of league titles this year, and Fred Done will have the best seat in the house as the pair will surely have a great discussion.