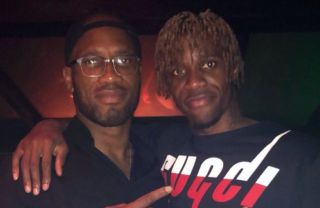 Zaha has been one of the Premier League’s finest attacking players in the last couple of seasons, and was actually linked with Chelsea by the Daily Mirror last summer.

With Eden Hazard’s contract up next summer and ageing duo Willian and Pedro not exactly on top form right now, signing the Ivory Coast international could make a lot of sense.

It’s unlikely he’s posing with Drogba for any other reason other than because he’s another Ivorian hero, but it’s also unsurprising some fans have got a little excited by his tweet…

@ChelseaFC do your job