The Bavarian giants have confirmed the deal on their official site this afternoon, which will go through in the summer in time for next season.

The question now is – what next for Bayern’s current left-back David Alaba, who’s, you know, pretty good too?

The Austria international has been one of his side’s most important players for many years now, winning a host of major honours at the Allianz Arena, including playing a part in the 2012/13 treble win.

As noted by Goal, Alaba has also confessed to being an Arsenal fan in the past, so could the arrival of a new left-back lead him to the Emirates Stadium? 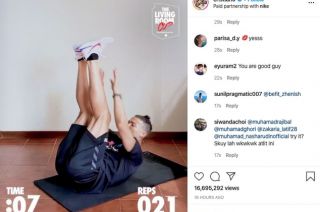 While it’s obviously not as simple as that, these fans are hopeful that this could be a good time to make a move for the player, who will undoubtedly face more competition for his place than before.

Unai Emery could really do with a player like the 26-year-old in his ranks, with Nacho Monreal ageing and Sead Kolasinac not really good enough.

Will he listen to these rather optimistic fans…?

Now that Bayern Have confirmed the signing of Lucas Fernandez..

Does this open the door for us to sign ‘Arsenal Fan’ David Alaba ? https://t.co/H0yqWI1psL

Arsenal should really try to sign Alaba this summer

Tell me Alaba is coming to Arsenal???

Alaba to Arsenal confirmed then ?

Does Hernandez's transfer mean Alaba is coming to Arsenal???

Alaba to arsenal in july/august https://t.co/jQc1OLzXZi