Atletico Madrid winger Gelson Martins has agreed to terms on a permanent move to AS Monaco, amid reports linking him to Arsenal.

According to The Sun, the 23-year-old has long been on Arsenal’s radar both at Atletico and at Monaco – where he is currently spending the season on loan.

The Gunners failed to land the Portuguese star last summer when he opted for a switch to Atletico from Sporting Lisbon, but they had again made him a primary target for when the market reopens again in May.

Martins was sent out on a six-month loan during the January window, having initially signed a five-year deal with the Spanish giants.

However, The Sun reports that he has agreed on terms with Monaco over a permanent £26 million transfer to France, after an impressive first two months in Ligue 1.

Martins has endured a turbulent season playing for two European giants, but after only managing to appear in eight La Liga matches during the first half of the campaign, Atletico decided it was best for him to spend some time out on loan. 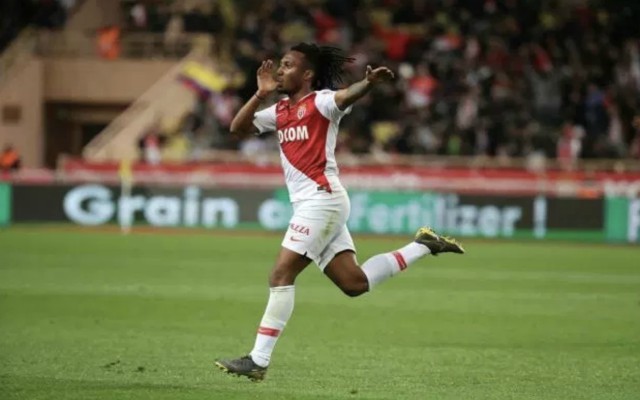 Gelson Martins in action for Monaco

The Portugal international has impressed since his arrival at Stade Louis II, scoring three goals and providing three assists in eight domestic outings for the club.

This latest news will surely come as a huge blow to Arsenal supporters and club officials, who might have hoped to be welcoming the young attacker to the Emirates Stadium later in the year.

The Gunners are still short of players to provide service for centre-forwards Alexandre Lacazette and Pierre Emerick Aubameyang, with key playmaker Aaron Ramsey set to depart the club for Juventus this summer.

Martins would have been a quality addition to Unai Emery’s current squad, but it now looks as though the club will have to turn their attention to alternative targets as they begin preparations for the 2019-20 campaign.