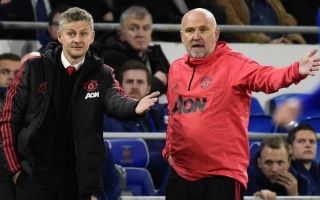 Man Utd have reportedly agreed to keep the current backroom staff in place with Ole Gunnar Solskjaer for the duration of his three-year contract.

The Red Devils made it official in a club statement on Thursday morning, confirming that the Norwegian tactician has been appointed as permanent boss.

It comes after impressive results since being appointed interim boss in December, as Solskjaer has led Man Utd to 14 wins in his 19 games in charge.

With more positivity at Old Trafford, key players playing to their potential and a sense of a return to United’s values and culture, the argument in favour of Solskjaer landing the job on a full-time basis was getting stronger with each positive result.

However, crucially, it has now been suggested that the coaching staff around him is expected to stay together too, as ultimately the former Molde boss is still inexperienced at the highest level and will need to continue to work with his staff to keep moving United in the right direction.

As noted by The Times, Mike Phelan along with Michael Carrick, Kieran McKenna and Emiliano Alvarez will all remain for the next three years, keeping the nucleus of the team at the heart of their recent resurgence in place.

That will surely also be beneficial when the group are planning transfer signings and outgoings this summer, in their attempt to build a successful new cycle at Old Trafford in the coming years.

While it’s likely to be an honour and a dream for Solskjaer to land the job, the real hard work starts now as he has to prove that he’s capable of delivering consistently over a longer period of time, starting with securing qualification for the Champions League.