Liverpool are reportedly ready to reject any incoming offers for Sadio Mane this summer, with Real Madrid lining up a swoop for the attacker.

The Senegalese superstar has been a key player for Reds this season, particularly at the start of 2019, with 11 goals to his name since the turn of the year – including seven in his last five outings.

According to the Daily Mirror, Real Madrid have been impressed by his performances in a Liverpool shirt over the last year and returning boss Zinedine Zidane has identified him as a primary summer transfer target.

Metro Sport reports that the Blancos are prepared to launch a bid for the £73 million-rated Mane, but Liverpool are not willing to entertain any offers for the 26-year-old.

The Reds have made a final decision on his future amid ongoing speculation linking him with a switch to Madrid, as they expect the Senegal international to honour his contract until 2023.

Mane signed a new deal back in November and although recent reports have suggested he could be tempted by a move to the Santiago Bernabeu to play under Zidane, the Mirror states Liverpool have branded him as not for sale at any price. 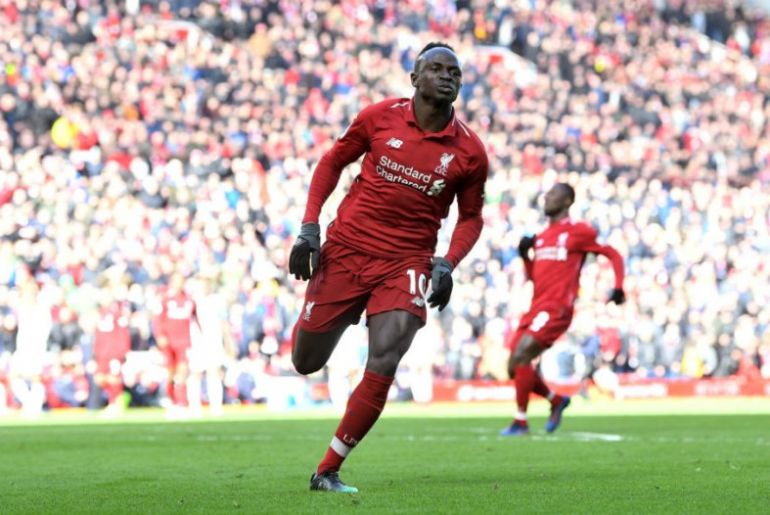 Mane has been in terrific form for the Reds this season

The Reds are currently in the middle of a Premier League title charge, as they sit two points clear of Manchester City with only two months of the season remaining.

Mane’s continued presence in Jurgen Klopp’s line-up will be vital to their chances of success domestically and in Europe, with a quarter-final Champions League showdown against Porto to look forward to aswell in April.

Losing a player of his calibre when the market reopens would be a huge blow for the club, which is why they have adopted this stubborn stance as soon as major interest from a top club has been mooted.

It now appears highly unlikely that Mane will leave Anfield this year, but Real Madrid can never be written off when it comes to securing lucrative deals for the world’s finest players.