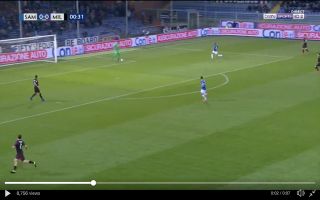 AC Milan goalkeeper Gianluigi Donnarumma made a costly error for Gennaro Gattuso’s side less than a minute into their Serie A clash against Sampdoria this evening.

Just 30 seconds into AC Milan’s clash against Sampdoria, Gianluigi Donnarumma made a colossus error that gifted Sampdoria the lead.

Check out the stopper’s mistake below:

Donnarumma will be hoping that his mistake doesn’t cost Milan the game.