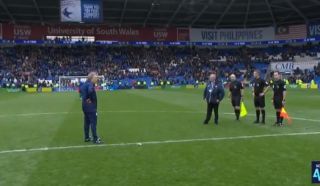 In fairness to the Bluebirds boss, his side were desperately unlucky as Cesar Azpilicueta’s equaliser should clearly not have stood.

Neil Warnock's stare down with the officials at full time ??

Glad we're not the referee or linesman right now ? pic.twitter.com/026qLMpgL5

Ruben Loftus-Cheek then scored a dramatic late winner as Chelsea snatched a rather undeserved victory against the relegation strugglers.

Warnock’s immediate reaction to Azpilicueta’s controversial equaliser was certainly something to behold, the veteran manager directed every ounce of his anger to Chelsea boss Maurizio Sarri.

It’s little wonder Warnock was gutted, and he took his frustration out on the match officials with this extremely passive aggressive stare-down after the game.

It’s great entertainment, but it’s also hard not to feel sorry for Warnock, whose side were very hard done by and who now need a mini-miracle to stay in the Premier League. 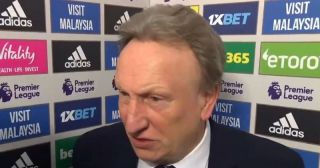 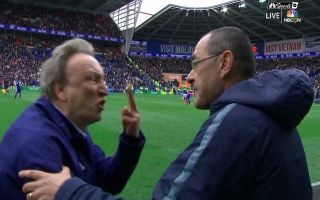 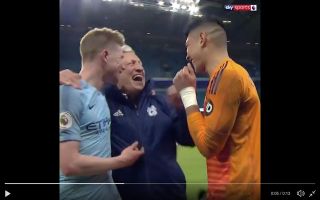