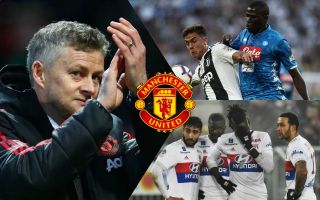 Manchester United manager Ole Gunnar Solskjaer has reportedly given the club his approval to pursue a transfer move for Gareth Bale, but only if the price is right.

According to Don Balon, Bale is a target for the Red Devils at around €80million, but that’s some way off what Madrid had expected for the Wales international.

It remains to be seen, however, if Real could end up lowering their asking price, as Bale’s dip in form this season means they may have to readjust their expectations regarding the player.

It seems likely the 29-year-old is never going to produce for Los Blancos like he would have been expected to, and a return to the Premier League makes sense for the former Tottenham man to rediscover his best form.

Bale was world class in his time at Spurs, and also seems like he could make a very natural fit for Solskjaer’s United side, who could do with him as an upgrade on Alexis Sanchez.

MUFC fans would probably be glad to see an exciting player like Bale move to Old Trafford, and Solskjaer’s current low-balling might be the best way to secure a deal that doesn’t see the club pay over the odds for someone perhaps past their very peak years.