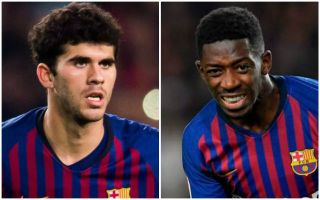 Barcelona star Carles Alena is coming under fire from some fans on Instagram after posting what looks clearly like a racist comment to team-mate Ousmane Dembele.

As you can see in the picture below, Alena responds to some banter from Dembele by referring to him as “negro cabron”, which roughly translates as “black bastard”. 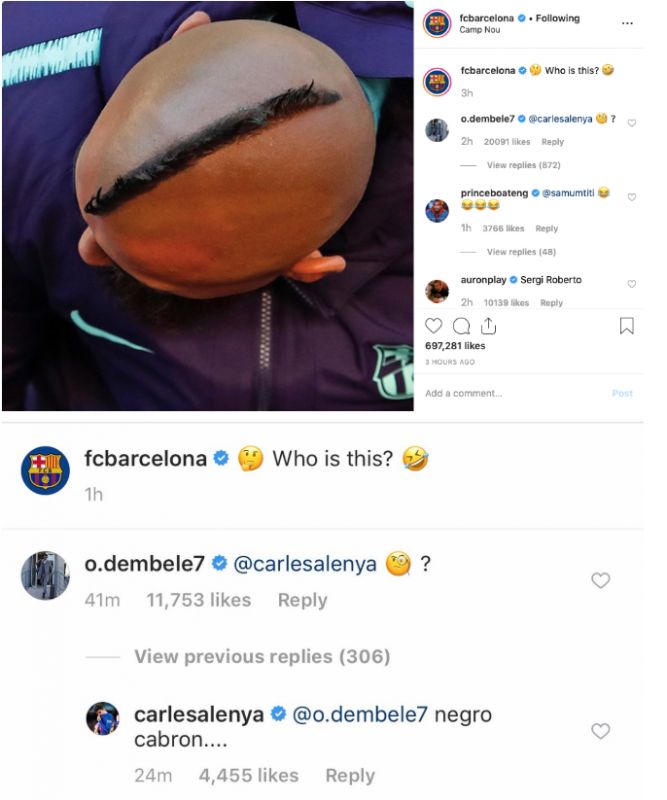 Alena has since deleted this comment, but below are some angry fans pointing out his racism. 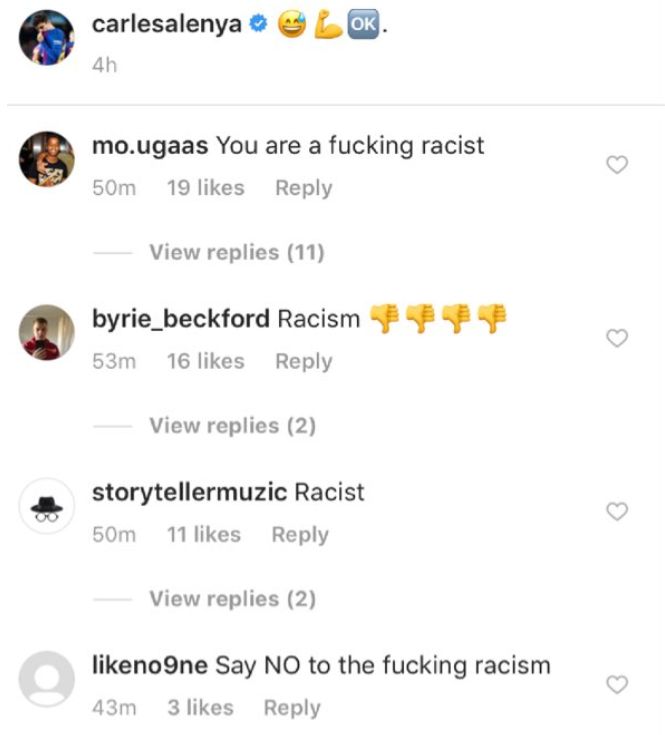 It may well be that there are cultural differences in Spain that mean Alena himself was not fully aware of the offence language like this might cause.

MORE: Pope has his say on whether it’s okay to refer to Barcelona superstar Lionel Messi as ‘God’

However, with football now such an international sport, and with these players meant to be professionals setting an example, it really doesn’t feel like there’s any excuse for this.

Just over the international break, several England players were racially abused by fans in Montenegro, who probably also felt they were just having banter.

One hopes Alena will come forward with an apology soon.