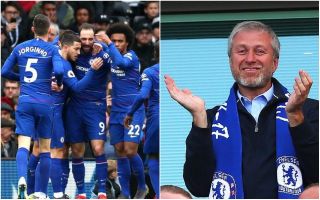 Chelsea have surprisingly seen their transfer ban lifted by Fifa after a second appeal to the world football governing body was found successful.

BBC Sport previously reported that the Blues had failed to convince Fifa, having been hit with a transfer ban after being found to breach regulations with signings of some young players.

MORE: Chelsea become only the third Premier League team to do this after controversial comeback vs Cardiff

However, it seems a second appeal from Chelsea at the last minute has been enough to win them over as they absolutely vowed they would not break these rules again.

A Fifa source confirmed to AF: “We have decided to overturn the transfer ban on Chelsea Football Club following a second appeal.

“Chelsea assured us they are really sorry about what they did and that they really, really want to change.

“Of course, we have been here before with Chelsea [over Gael Kakuta in 2010] but they seem really sincere this time. There is a lot of regret there.”

Chelsea fans will be delighted with this news as it gives them hope of bringing in the players they so urgently need this summer as doubts over Eden Hazard’s future continue to linger.

It is understood that CFC are already working on deals for a string of the most highly-rated wonderkids from across Europe in the wake of their ban being lifted.

When pressed over whether these deals were now adhering to the appropriate Fifa rules, a Chelsea source said: “Sorry I’ve actually just got an important call on the other line, I’ll call you back.”