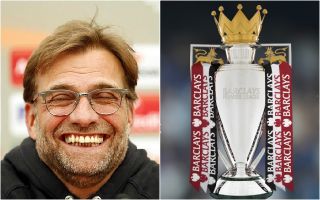 Manchester United fans got a scare last night as they were apparently duped into believing an April Fool’s story about bitter rivals Liverpool being handed the Premier League title.

According to the Sun, a post on reddit confused a number of furious Red Devils supporters as they bought a fake story claiming Manchester City had been deducted ten points over illegal recruitment of young players.

This would have effectively handed Liverpool the title as the two teams remain so close with just a few games left, and United fans would not be a happy bunch to see Liverpool end their long title drought.

Despite Man Utd also having a rivalry with neighbours City, there’s no doubt that they have historically been in competition with Liverpool a great deal more.

And the Merseyside giants have also notably gone 29 years without winning the league – a run United fans don’t want to see end.