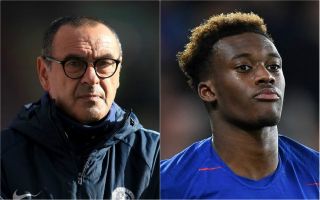 Chelsea manager Maurizio Sarri has hinted he could be ready to use exciting young winger Callum Hudson-Odoi in the Premier League in the team’s upcoming games.

The 18-year-old looks a real talent, having shone whenever he’s been used in cup games and in the Europa League this season.

Speaking at his press conference today, Sarri explained he first noticed Hudson-Odoi’s talent during pre-season, and decided to give him a first-team role at some point this season.

However, he also concedes he felt the England international was not ready to make that step up straight away, though he’s since changed his mind. 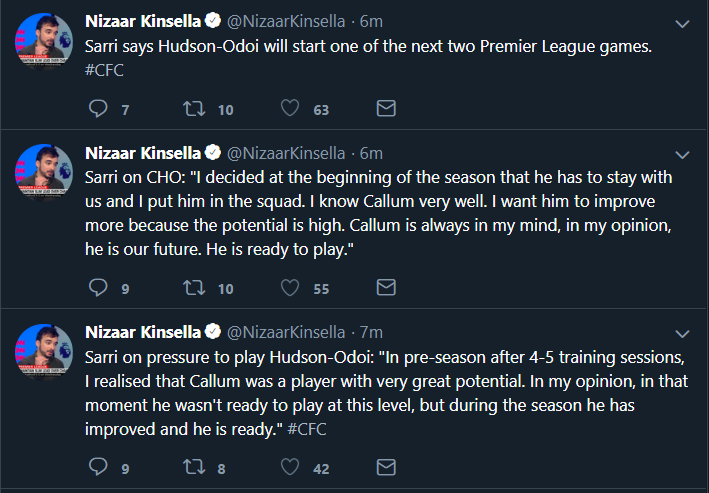 Nizaar Kinsella quotes Sarri in the tweets above, with the Italian tactician certainly sounding more positive about the youngster than he has at other points this season.

Chelsea fans will hope this can persuade the teenager to stay at the club following links with other big teams who might be more willing to give him first-team action.

ESPN claim he still wants out of Stamford Bridge, while Kicker have linked him with Liverpool, Bild with Bayern Munich, and the Times with Manchester United.

Callum Hudson-Odoi’s Chelsea future is in some doubt