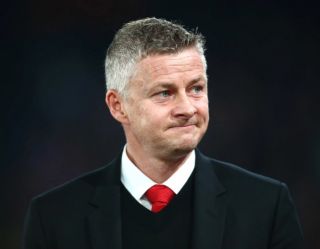 Ole Gunnar Solskjaer could be dealt a blow as Man Utd duo Juan Mata and Ander Herrera are being paired with an exit this summer.

The Norwegian tactician was announced as United’s new permanent manager last week, and so he’ll be tasked with improving the squad this summer to help them compete for major honours.

However, he could be forced into replacing key figures rather than strengthening what he already has at his disposal, as Sky Sports report that Herrera has agreed terms with Paris Saint-Germain while Mata is in talks with Barcelona.

Albeit both men have struggled at times to cement their places in the starting line-up at Old Trafford, the experience, quality and depth that they bring to the table arguably make them vital pieces of the puzzle at United.

In turn, losing them on free transfers when their respective contracts expire this summer will surely be a blow for the Red Devils, one that they can still try and avoid if they are able to reach agreements on fresh terms with the pair.

This latest report doesn’t sound particularly promising though, with PSG and Barca looking to bolster their respective squads ahead of next season to continue to compete on multiple fronts.

Mata and Herrera would certainly help them achieve that, but it could force Man Utd into unwanted spending this summer to fill the voids they would leave behind.

The midfield is already an area of concern for Solskjaer, as beyond Herrera, he has limited options in Paul Pogba, Nemanja Matic and Fred as his senior players.

With that in mind, he can ill-afford to lose another established player, or he may well have to prioritise making multiple signings in that department.

As for Mata, competition for places in attack is stiff, but the classy Spaniard brings different characteristics to the team with his creative class and technical quality, and so United could arguably do with keeping him as well.