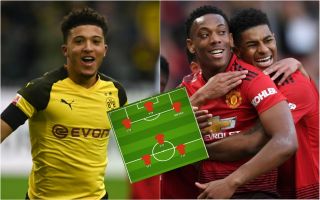 Manchester United continue to be strongly linked with the potential transfer of Jadon Sancho this summer, but how could he fit in at Old Trafford?

After the England international’s remarkable rise at Borussia Dortmund, it is little wonder he’s gaining plenty of attention ahead of this summer, with United apparently not his only big-name suitors.

The Independent put the Red Devils as Sancho’s most likely next destination, but also claim Real Madrid and Paris Saint-Germain are keen on signing him.

It certainly makes sense that clubs would queue up for perhaps the best young player in the world right now, with United looking in real need for the qualities he could bring to a variety of roles.

Here’s our look at how Sancho could affect the way MUFC line up under Ole Gunnar Solskjaer next season:

Is this perhaps the most likely outcome if Solskjaer adds Sancho to his squad this summer?

See below as the 19-year-old could line up on the right-hand side, allowing Anthony Martial to continue on the left, Marcus Rashford keeping his place at centre-forward, and Jesse Lingard taking up that free role behind the attack that he’s excelled in in recent times. 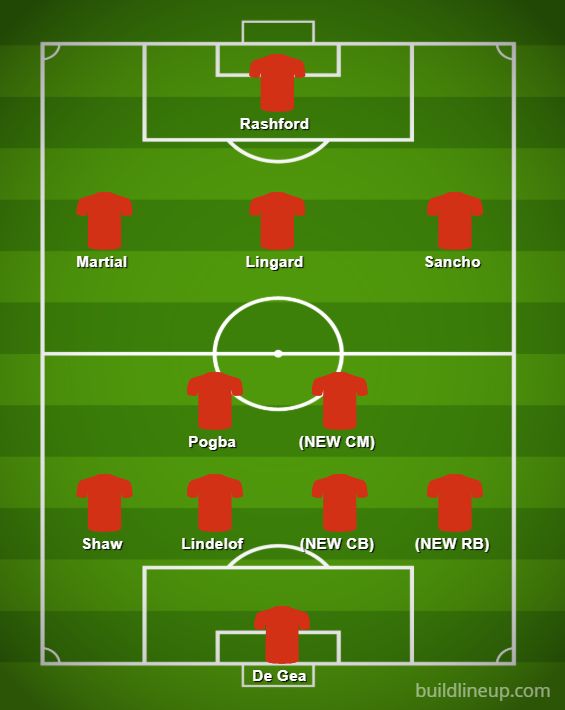 There should be plenty of pace in that attack, with each of the front four able to swap positions and generally cause defenders nightmares all day long. 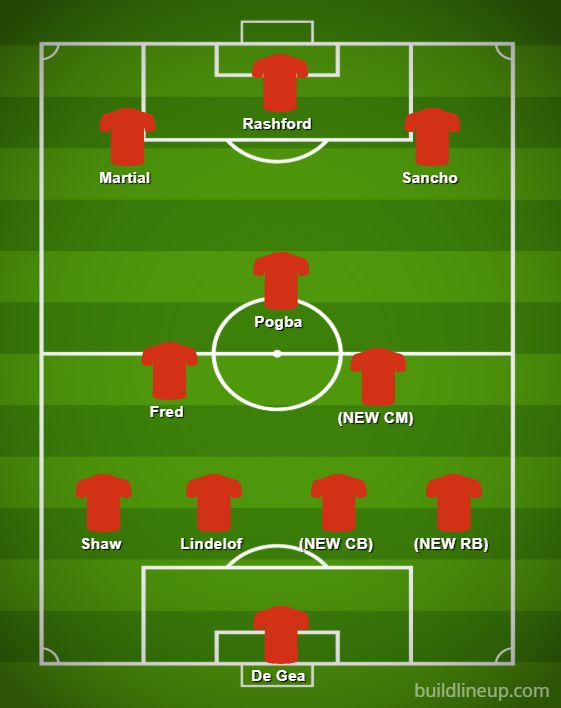 Perhaps putting Sancho a little closer to the action, Solskjaer could use the former Manchester City youngster up front in a front three.

This would make United a little more solid in midfield, with Paul Pogba joined by Fred and perhaps a new signing in the middle of the park, which makes sense as another possible priority for the club this summer.

Finally, another very attack-minded option could be to move Martial up front alongside Rashford and have extra width from Sancho and Lingard on either flank. 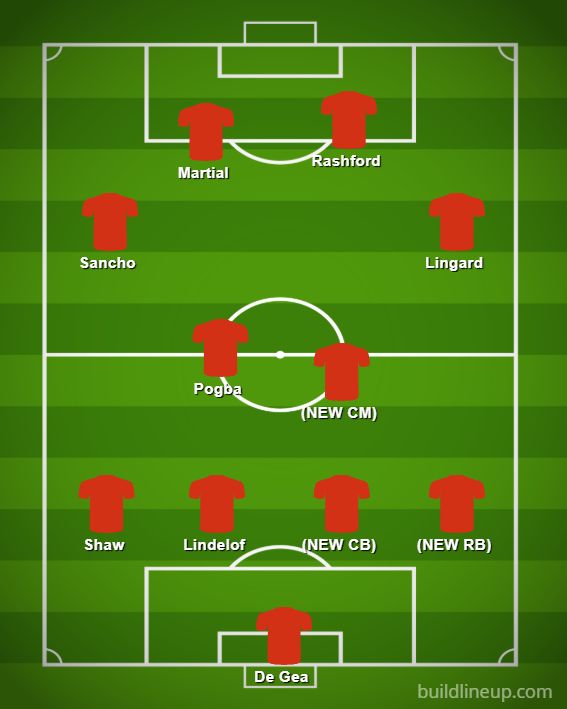 We’ve put Sancho on the left here, where he might be a more natural option than Martial anyway, though we imagine this would leave that midfield two a little exposed, or else limit Pogba’s potential to bomb forward.

Whatever happens, United should have exciting options up front next season, and Sancho could be a great fit wherever he ends up being used.