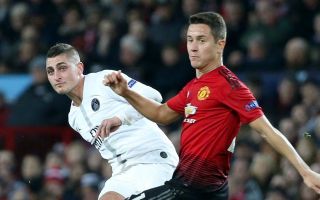 Manchester United look to be in luck as Thomas Partey, their ideal replacement for Ander Herrera, is keen on a potential transfer to Old Trafford.

The Atletico Madrid midfielder, who has a €50million release clause at the La Liga club, is said to be on Ole Gunnar Solskjaer’s list of summer targets, and the desire for a deal is mutual, according to CitiNewsRoom.

The 25-year-old has shown himself to be one of Europe’s finest defensive midfield players for some time now, and seems an ideal fit for Premier League football.

Indeed, CitiNewsRoom claim Partey himself would be very keen to make a move to England this summer as Man Utd show an interest.

This is certainly useful for the Red Devils as they face losing Herrera this summer, with the Daily Record reporting the Spaniard has agreed a deal with Paris Saint-Germain.

If United can land Partey as his replacement, potentially for a pretty decent price at €50m, that would have to go down as great business by the club.