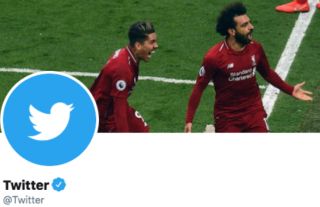 Twitter’s official account caused a bit of a stir after changing its header picture to an image of Liverpool stars Mohamed Salah and Roberto Firmino celebrating.

Are the social network a bunch of closet Reds fans? Well, not exactly, as it turns out this was the result of a dare during an interaction with some of the site’s users.

Sport Bible explain the incident well in this report, with Twitter tweeting out ‘truth or dare?’, with user ‘Highlight’, a Liverpool fan, asking for a dare.

Twitter then dared him to change his profile picture to the Everton badge, which he promptly did, though he apologised for it and insisted LFC remain his true love, tweeting the hash tag #YNWA. 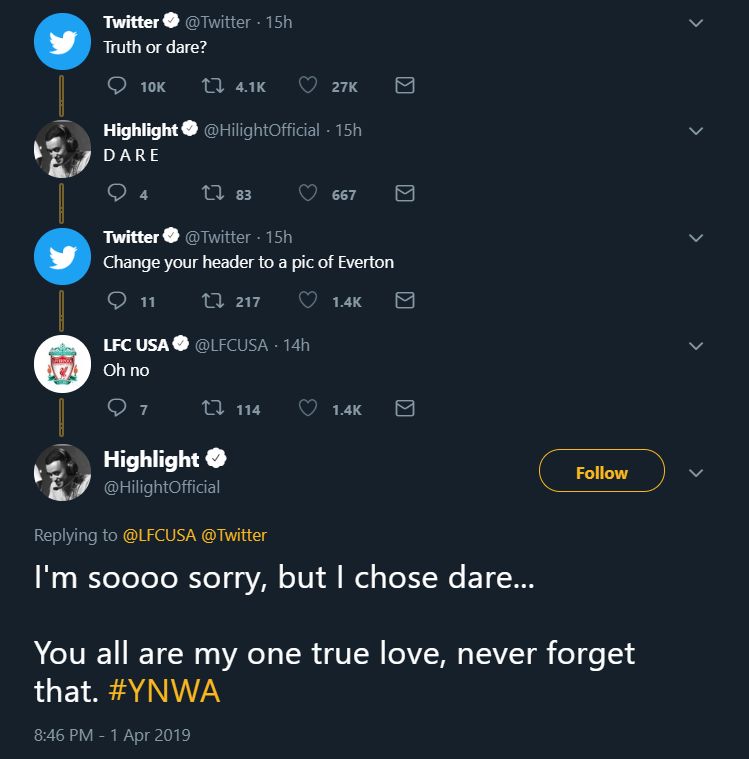 To make things fair, Twitter responded by then putting up that picture of Liverpool stars Salah and Firmino for their header. 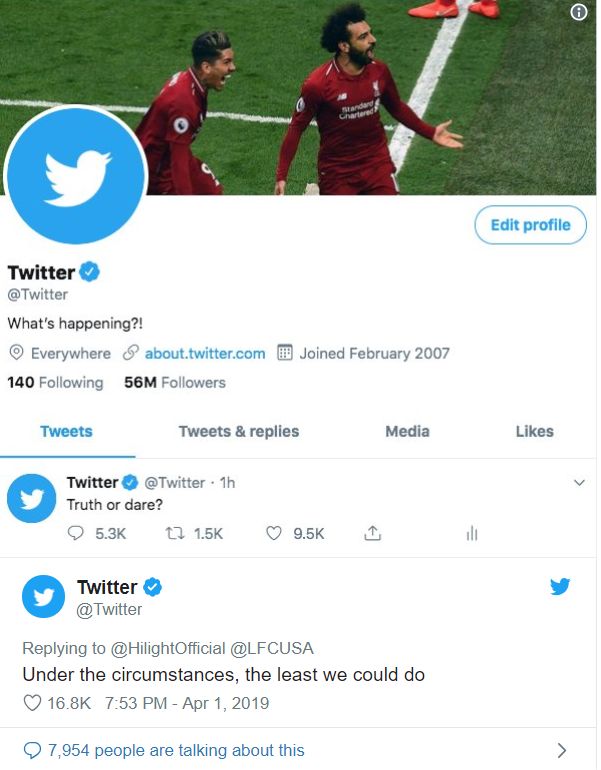 Amusingly, Liverpool’s US account got involved and changed their header to a Twitter-themed picture.

When we say You'll Never Walk Alone, we mean it pic.twitter.com/Tn0GTr2xmd