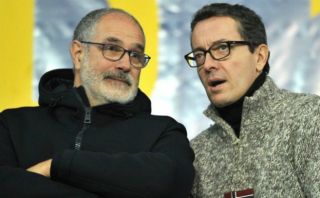 Arsenal have reportedly made Marseille’s sporting director Andoni Zubizarreta their prime target to fill that role at the Emirates Stadium.

According to L’Equipe, the former Barcelona and Spain goalkeeper is also tempted by the prospect of leaving Marseille for a job at Arsenal.

The Gunners look in need of bringing in someone with real expertise for this position, with the highly-rated Sven Mislintat recently leaving the club.

Zubizarreta has pedigree, though some fans may be disappointed not to see Arsenal linked with a bigger name in the recruitment field.

As reported by the Guardian last month, Monchi had been under consideration after leaving Roma, though he ended up returning to Sevilla.

Meanwhile, former AFC player Marc Overmars, currently at Ajax, has also been linked as a candidate by the Telegraph.

It now seems Zubizarreta is the most likely name to come in, though it remains to be seen if other options might still come up in the next few months.