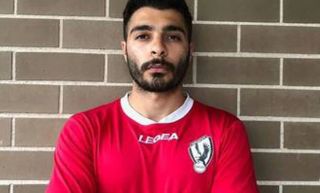 Australian footballer John Odisho has been tragically killed in a horrific attack that saw him suffer gun shot wounds to his head at home.

According to the Sun, others were also injured in this attack, which eventually saw doctors switch off Odisho’s life support at hospital.

The 25-year-old had been with Parramatta Melita Eagles, who issued a statement expressing their sadness at this tragic incident.

Club president David Frendo said: “It’s with deep sadness that we share with you some devastating news.

“Senior player John Odisho has sadly lost his life in a horrific incident in Five Dock earlier this week.

“John, who returned to Parramatta FC this season, was considered a key signing for our 2019 season.

“On behalf of the Parramatta Melita Eagles Sports Club Board, I offer heartfelt condolences to John’s family, his friends and to all personnel involved with John during his time at our club.

The Sun adds that CCTV images showed two men fleeing the scene, though it seems there is not currently any more information about what might have provoked this senseless violence.

Police in New South Wales are investigating, with the Sun claiming there’s some suspicion a man who came to the hospital later that day with a gun shot wound may also have been involved.

Odisho may not have been a big name in football, but everyone involved with the game will be mourning the loss of someone from the sport we all love.