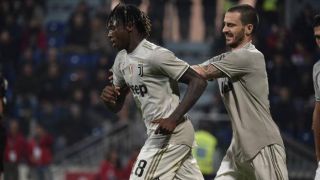 Juventus defender Leonardo Bonucci has finally sent a message of support to his team-mate Moise Kean after the young forward suffered racist abuse in yesterday’s win at Cagliari.

The 19-year-old scored in the 2-0 win and made the point of celebrating in front of the home fans who’d abused him all evening, with Bonucci giving a frankly unacceptable response to it yesterday.

“Kean knows that when he scores a goal, he has to focus on celebrating with his teammates. He knows he could’ve done something differently too,” Bonucci told Sky Sport Italia after the game, as quoted by Football Italia.

Unsurprisingly, Bonucci received plenty of criticism on social media for this response, with this tweet below hijacked by fans simply responding with a picture of Kean’s celebration:

Today, the Italy international has finally posted an Instagram image of himself and his fellow countryman Kean, with a caption making it clear there can be no excuse for racism.

This would’ve been handy about 12 hours earlier, but one hopes Bonucci has realised how ill-judged his initial comments were and can learn from it. 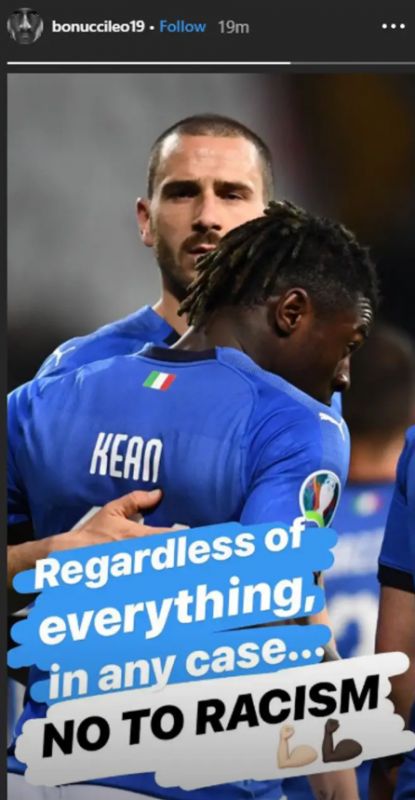