Real Madrid have found out that they are going to have to pay a fee of €90M if they want to seal a deal to bring Eden Hazard from Chelsea to the Spanish capital.

Hazard has been one of the most form players on the planet this year, thus it’s no surprise to hear that a club as big as Real are keen on signing him.

According to Don Balon, Los Blancos are already searching for a house for Hazard ahead of his possible move to the Spanish capital, with it also being noted that the Spanish giants must fork out €90M if they are to sign the winger.

The report also states that the club have already contacted Hazard’s agent in order to reach an ‘agreement’, something that suggests this deal looks somewhat close to completion.

Real have struggled dearly in front of goal this term, with the club clearly missing the presence of Cristiano Ronaldo following his transfer to Juventus last summer. 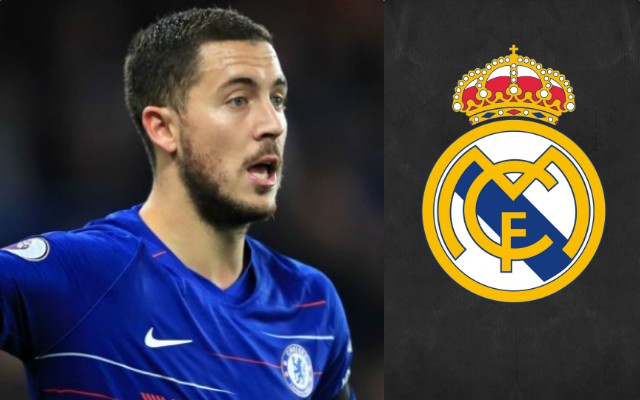 Hazard is one of just a few players to have more than 10 goals and assists in Europe’s top five leagues this season, a stat that suggests he’d be capable of filling the void left by Ronaldo following his move to the Old Lady.

The Belgian international is one of the world’s most dangerous and attacking wingers, and we’re sure he’d do a great job of helping Real fix their problems in attack should he end up moving to the club.