Manchester City boss Pep Guardiola has urged Benjamin Mendy to “go to sleep earlier” after he was seen in a local nightclub on Saturday morning.

The Frenchman has spent the majority of the 2018-19 campaign on the sidelines, having sustained another serious knee injury back in November.

Mendy was forced to miss most of City’s previous title-winning season with a similar issue, with only 16 Premier League appearances under his belt in total since his transfer from AS Monaco in 2017.

The 24-year-old is, however, due for a return to action when City take on Cardiff City in Wales on Wednesday evening, despite the fact he is not exactly in Guardiola’s good books right now.

According to the Daily Mail, Mendy was spotted partying in a Manchester nightclub over the weekend, hours before City secured a 2-0 win over Fulham at Craven Cottage.

Pep said 3:30am , i recorded this the same time. Mendy is goneeeee? pic.twitter.com/uadw29Solz

Speaking ahead of City’s latest Premier League clash, Guardiola admitted his frustration with the full-back, as he stated: “I am not his father”.

“They are old enough to know what they have to do,” Guardiola said when asked about Mendy’s actions – as per Sky Sports. “I am not his father.

“I would prefer him to go to sleep earlier but I do not control the players in those situations.”

The Spanish coach went on to insist that he is a “relaxed guy” but Mendy’s latest actions might just cost him a much-needed run out against the Bluebirds. 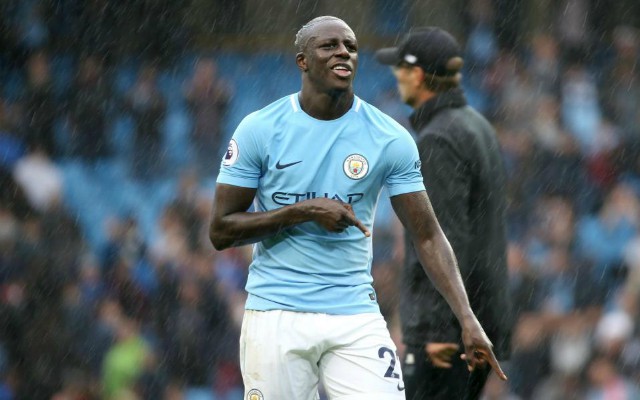 City are currently second in the league table behind Liverpool by two points, having played a game less than their title rivals.

This year’s race for the Premier League crown looks set to go down to the wire, while City are also still looking forward to the latter stages of the Champions League and FA Cup – with an unprecedented quadruple still within their sights.

Guardiola will need a full-strength squad at his disposal during this period and Mendy could still have a role to play, but it is high time he ditched the off-field antics and focused on making a significant contribution to his team.