Inter Milan and AC Milan are reportedly both prepared to target Chelsea winger Pedro in the summer transfer window.

The 31-year-old has enjoyed a relatively strong season at Stamford Bridge on an individual level, contributing 10 goals in over 40 matches across all competitions.

Chelsea, however, have not been consistent enough to challenge for major honours and they are now facing the prospect of a two-window transfer ban after allegedly breaking rules regarding signing minors from abroad.

Should that ban be upheld at an appeal hearing later in April, the Blues face a summer of uncertainty, with plenty of high profile superstars being linked with the exit door.

The latest is Pedro, according to The Daily Express, with Inter and AC Milan poised for a transfer battle in pursuit of the 31-year-old when the market reopens.

This particular story might come as an unwelcome surprise for Chelsea supporters, with much of the club’s recent transfer speculation revolving around Eden Hazard more than any other player. 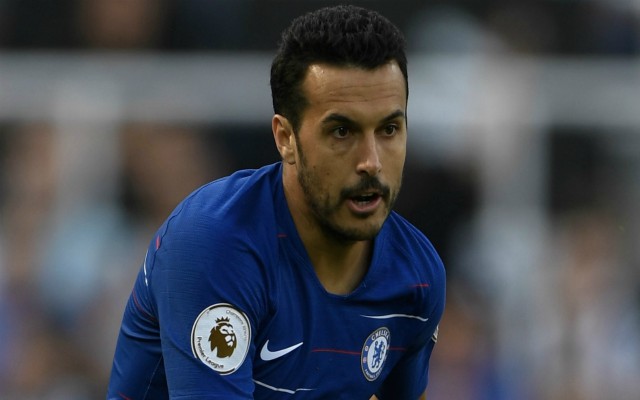 N’Golo Kante and Willian are among the other stars to have been linked with transfers in previous months, but now Pedro has been added to the list, the club are facing the prospect of a mass exodus later in the year.

AC Milan sporting director Leonardo is thought to be a huge admirer of the Spanish attacker, while Inter are hoping to bring in fresh reinforcements up front as they prepare for life without Mauro Icardi – as per The Express.

Chelsea cannot afford to lose any of their best players if they are unable to sign replacements and Pedro certainly falls into that bracket, but his short-term motives for the future are unclear at the moment.

The prospect of Hazard and Pedro leaving the club is a frightening one for Blues fans, but senior officials will surely be doing all they can behind the scenes to ensure that the current squad remains intact until 2020.