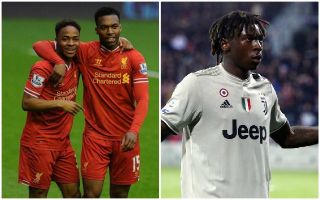 19-year-old Juventus attacker Moise Kean was subjected to disgusting racist abuse during the ‘Old Lady’s’ 2-0 win against Cagliari last night, Kean made a stand against the vile fans after his goal in the 85th minute – the ace’s celebration likened Raheem Sterling’s one during England’s recent qualifier against Montenegro.

Juventus defender Leonardo Bonucci caused a massive stir following the game after he was quoted by Football Italia as saying that the blame over the racist incident was ’50-50?. The defender seemed to think that Kean’s celebration is what made him a target for abuse – it’s quite worrying to see someone in Bonucci’s position taking this stance on the issue.

Check out Sturridge’s message of support below:

Clubs need to do a better job of stamping out racist abuse, things shouldn’t be like they are – it’s 2019.