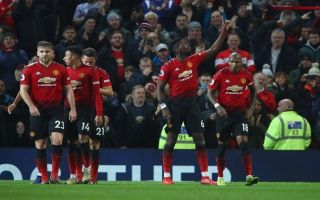 Real Madrid reportedly face a battle to seal the transfer of Manchester United midfielder Paul Pogba as his asking price is as high as £153million.

With that in mind, according to Don Balon, Real will try to get that fee down by offering any combination of Gareth Bale, Isco or James Rodriguez to United.

The report notes that Bale would be a tempting option for the Red Devils, which makes sense as the Wales international would surely be a major upgrade on the struggling Alexis Sanchez.

The others could work for Ole Gunnar Solskjaer’s side too, however, with Isco and Rodriguez potentially perfect replacements for Juan Mata, who is nearing the end of his contract at Old Trafford.

All three of these players have had their struggles with Madrid, but it’s easy to imagine they could get back to their best with a club like Man Utd.

Gareth Bale could be a tempting transfer option for Manchester United

Paul Pogba is a transfer target for Real Madrid

Any of them would surely play more often with MUFC, and could therefore get more of a chance to get their confidence up after frustrating spells at the Bernabeu.

Still, it remains to be seen if United will think it would be worth losing a player as good as Pogba for any of them.