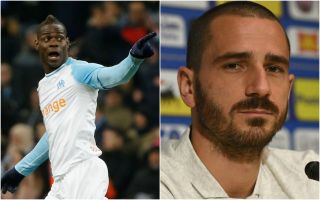 Raheem Sterling and Mario Balotelli have been among those to show their support towards Juventus forward Moise Kean with messages on his Instagram page.

The pair have also majorly hit out at Juve defender Leonardo Bonucci for failing to stick up for his team-mate, with the Italy international getting plenty of criticism after being quoted by Football Italia as saying the racism suffered by Kean at Cagliari was ’50-50′.

And here’s a screen grab including a message from Marseille striker Balotelli, who made his feeling towards Bonucci perfectly clear, as translated in the tweet below…

Raheem Sterling and Mario Balotelli showing love for Moise Kean on his insta.

Balotelli: “And to Bonucci, he’s lucky I wasn’t there. Instead of defending you, he does this? I am shocked.” pic.twitter.com/xPbQcY9Jfv