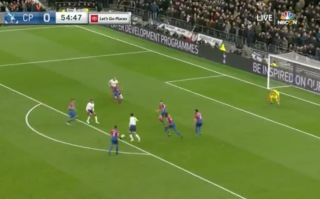 Heung-Min Son put his name into Tottenham’s record books this evening, as the midfielder scored his side’s first ever Premier League goal at their new stadium.

Going into the 55th minute with the scores tied at 0-0, Son popped up with an effort that saw Spurs score their first ever professional goal at their new stadium.

The goal came after a pass from Christian Eriksen found Son, who cut in with his left foot before firing home to hand the home side a 1-0 lead.

You can catch the goal above. What a moment for Spurs, and Son himself!