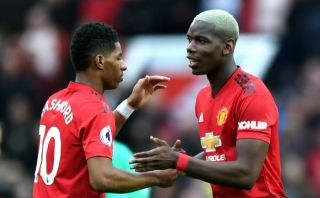 Manchester United reportedly face interest in Paul Pogba from Real Madrid this summer, but could be offered Gareth Bale and Raphael Varane as part of the transfer.

The Red Devils are admirers of both players, and Real are said to be ready to use either or both of them to get Pogba’s price tag down, according to Diario Gol.

It remains to be seen how easy it would be to get three separate players to all agree on a transfer, with swap deals fairly rare, particularly ones involving more than two players switching clubs.

Varane would be a fine signing for Man Utd, who urgently need upgrades on players like Chris Smalling and Phil Jones, both of whom were found wanting in the recent defeat at Wolves.

Bale also makes sense as a target for MUFC, with the club looking like making a big mistake with last January’s signing of Alexis Sanchez, who is yet to settle and reach any kind of form in a red shirt.

Gareth Bale could be on offer to Manchester United

Although losing Pogba to Real Madrid would be a big blow after his fine form this season, the France international is not necessarily irreplaceable, and getting two players in in key positions in exchange could leave Ole Gunnar Solskjaer with a stronger overall squad than he has now.