Chelsea manager Maurizio Sarri may want to take note of the words of Derby County boss and Blues legend Frank Lampard regarding the potential of youngster Mason Mount.

The 20-year-old has looked superb on loan at Derby this season, improving tremendously under the management of Lampard, who also knew him from his time at Chelsea when he was coming up through the club’s academy.

Sarri has sometimes looked reluctant to promote from within at Stamford Bridge, though home-grown youngsters like Ruben Loftus-Cheek and Callum Hudson-Odoi have received more playing time as the season’s gone on.

Mount could perhaps be the next big thing for Chelsea, with Lampard telling Goal all about his potential as he tips him to make it at the top.

The former England international has praised the way Mount has gone about things in his career so far and says he would love to see him make it at CFC.

“Firstly, he has the potential to be a top player, and I mean that,” Lampard said.

“He broke into the England squad which I thought was a great achievement after playing for us. I think he can go as far as he wants. I have seen a progression in him now.

“He is a player who really wants to learn and be at the top. It is as important as the talent itself. He works fantastically hard. He is a good team-mate and he has the talent to go to the top. He has been a pleasure to work with.

“His choices have been really good. He was very successful in the Chelsea academy and youth team, as a team and for him as an individual. He took a leap to go abroad. That in itself, in terms of his personality, says a lot and he performed brilliantly there in terms of goals and assists. 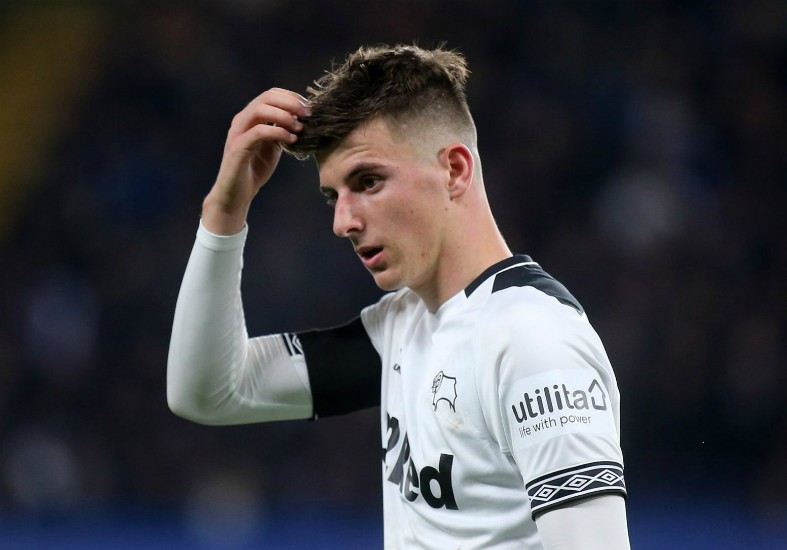 Mason Mount has shone on loan at Derby County from Chelsea

“He has come to the Championship and performed very well here as well. So I think everyone’s pathway is different. We know that at Chelsea it is quite difficult to get into their first team at 17, 18 or 19 years of age, but he hasn’t sat still. He has actually gone out and played and played a lot of games.

Chelsea fans would certainly love to see more homegrown talent coming through, and it may be necessary for Mount to be promoted into the first-team next season as the west London giants face a potential transfer ban this summer.