Chelsea Ladies star Anita Asante has aimed what looks like a pretty clear dig at Blues legend John Terry over his response to the Leonardo Bonucci racism storm.

See below as the Blues ace retweeted something from another user, which hinted at slamming Terry for liking Bonucci’s Instagram post after he controversially criticised team-mate Moise Kean after he was racially abused by Cagliari fans. 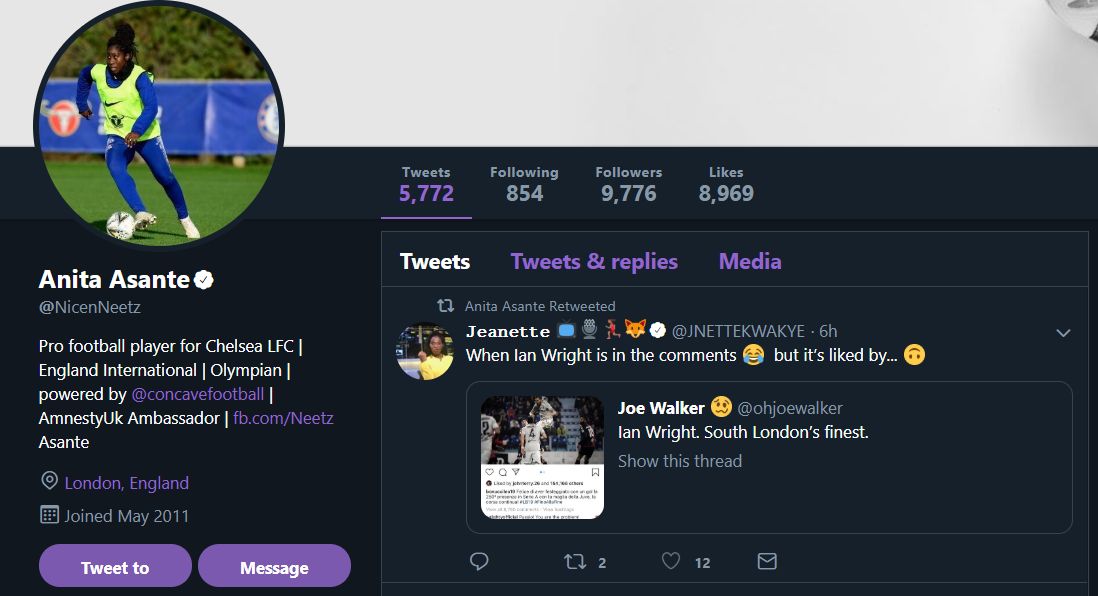 Terry of course is well known for having been involved in a racism incident of his own during his Chelsea career, allegedly calling then-QPR defender Anton Ferdinand a ‘black c**t’ during a Premier League game.

The former England captain always protested his innocence and claimed his words were taken out of context, but Ferdinand has been adamant that is what was said to him, and it seems Asante is not a big fan of her former colleague either. 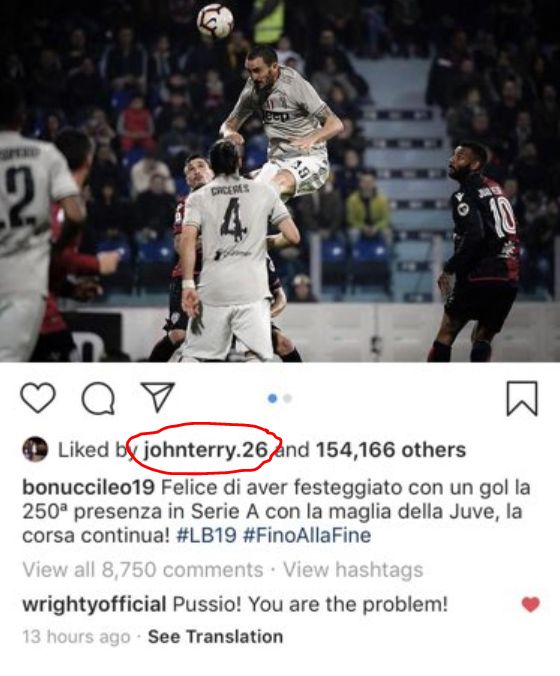 Bonucci attracted plenty of criticism for his comments this week, with the Juve defender claiming Kean had to take ’50-50′ blame for monkey chants aimed his way by Cagliari supporters.

So for a man with a shady past of his own in Terry to go and like the Italian’s post is undoubtedly poorly judged, and it’s little surprise that even those associated with Chelsea are taking aim at him.