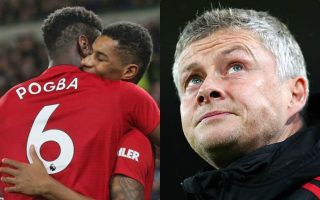 Manchester United manager Ole Gunnar Solskjaer is reportedly ready to offer Paul Pogba a change of role in his team as he fights to keep him from sealing a transfer to Real Madrid.

According to OkDiario, the France international has rejected a new and improved contract with the Red Devils recently as he eyes a move to Real Madrid.

The report explains that Los Blancos manager Zinedine Zidane is also keen on signing Pogba, but that Solskjaer could try to prevent the deal by changing his tactical set-up slightly.

This would apparently involve the Norwegian tactician ensuring Pogba plays in a more free, attacking role in his team in the future.

In fairness, the 26-year-old has looked like he’s enjoyed his football under Solskjaer since he came in in December, with these last few months seeing him show arguably his best ever form in a United shirt.

Paul Pogba to get more attacking role for Manchester United?

Pogba never looked quite so comfortable in Jose Mourinho’s system and does seem to have more freedom to his game now.

Still, OkDiario’s report suggests his future is still uncertain and Solskjaer has to work to persuade him to stay at Old Trafford instead of leave for the Bernabeu.