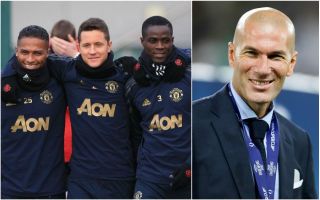 The Ivory Coast international shone in his previous stint in La Liga with Villarreal, which earned him his big move to Old Trafford in Jose Mourinho’s first season in 2016/17.

However, there is no doubt Bailly’s form has gone downhill in recent times, and it would not be too surprising if he were seen as being surplus to requirements this summer.

Still, he may yet get another chance at a big club as the Sun claim Zidane remains a big fan of the £35million-rated centre-back and Real Madrid could be suitors for him ahead of next season.

It remains to be seen if Madrid would really go for Bailly over other bigger names, but he could well be a decent backup option if other deals don’t work out.

The 24-year-old might just be in need of a new start after his struggles at United, and he could also just be better suited to the style of play in Spain after his successful spell there in the past.