Barcelona playmaker Philippe Coutinho has been marked for a summer exit, amid ongoing links with a transfer to Manchester United.

Since moving to the Camp Nou from Liverpool in January 2018, the Brazilian star has failed to live up to expectations, scoring 20 goals in 56 matches across all competitions in total.

This season has been particularly disappointing for the 26-year-old, with Ousmane Dembele overtaking him in the pecking order amid a run of inconsistent displays which have drawn plenty of criticism from experts and supporters alike.

According to the Daily Mirror, Barca are aiming to offload Coutinho this summer, but they want to receive at least £130 million in return for his signature.

Sky Sports states that the ex-Liverpool midfielder was signed by Barca for £146 million and the Spanish giants are therefore unwilling to suffer a major loss on their initial investment when the market reopens.

Manchester United have held a firm interest in Coutinho since the turn of the year and they could be on red alert in the wake of this latest news, as club boss Ole Gunnar Solskjaer prepares to make several changes to his current squad – as per The Mirror.

Ernesto Valverde could grant Coutinho regular minutes between now and May at Barca, however, with Dembele currently taking in a spell on the sidelines recovering from a torn hamstring. 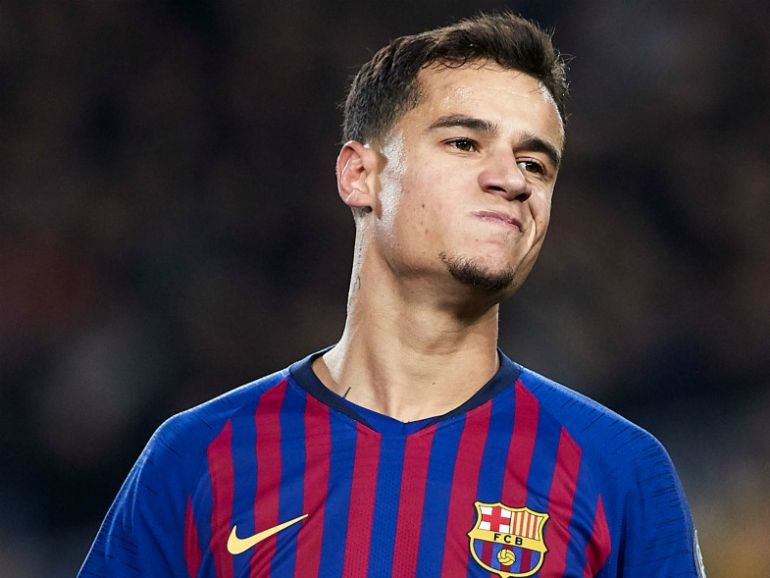 Coutinho has been tipped to leave Barcelona this summer

If he manages to impress during this crucial period for the club, perhaps the Spanish champions will reconsider their transfer stance, but at the moment he looks destined to leave Spain prematurely.

Manchester United could be the ideal destination for Coutinho to get his career back on track, especially in Solskjaer’s current set up, with the emphasis on free-flowing attacking football.

That being said, Liverpool fans would surely look upon any possible move as a betrayal and that could be a major factor in his final decision, particularly as he left the club under a cloud too.

What is certain at the moment is that Coutinho has hit the wall in terms of his career development and Barcelona seem to have run of patience already, meaning United have a golden opportunity to seal a major transfer coup later in the year.