The mother of Juventus striker Moise Kean has revealed the heartwarming story of how he ended up joining the club and persuading her to quit her job to join him in Turin.

The 19-year-old has made the headlines this week after scoring in Juventus’ win over Cagliari, though this was marred by the disgraceful racist abuse he had to endure from the home crowd throughout the game.

Kean celebrated his goal in front of the Cagliari fans to rub it in, but it’s certainly depressing to think players are still being subjected to treatment like this in 2019.

Still, there’s no doubt the young Italy international will be relishing his time with Juve after such a remarkable story to get there in the first place.

Kean first joined Juve as a highly-rated prospect in 2010, so has waited a long time to get into the first-team, whilst also promising his mother she could quit her job after he landed himself the move. 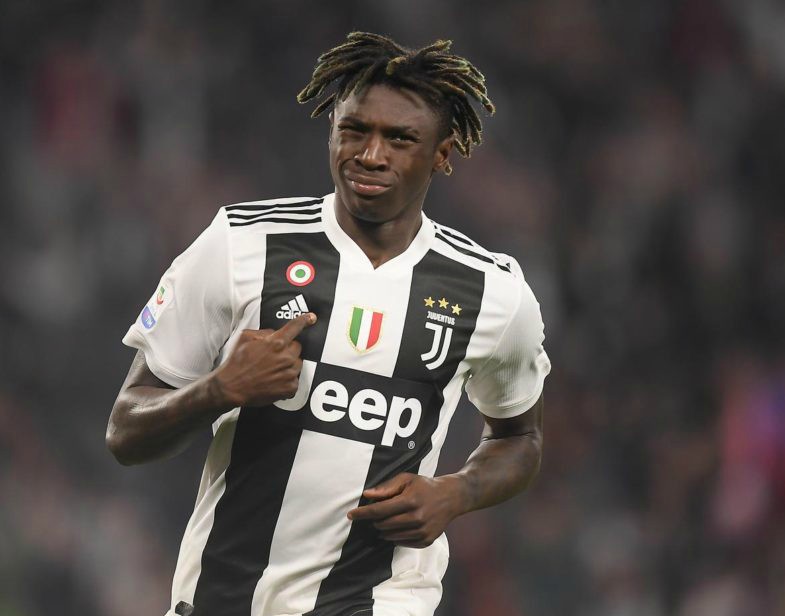 Moise Kean in action for Juventus this season

“We had little money. Then one day Moise calls me on my way to work at 5:30 AM and says ‘Mom, I’ve a surprise’,” she told Tuttosport.

“He replied ‘I did and starting today you will quit your job and live with me in Turin’.”