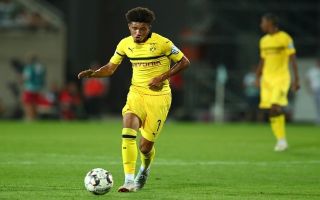 Manchester United and Tottenham are reportedly looking into a possible transfer swoop for Crystal Palace winger Wilfried Zaha this summer.

The Ivory Coast international has been one of the Premier League’s top performers in recent times, looking a greatly improved player from the one who had a difficult spell at Old Trafford as a youngster earlier in his career.

Bleacher Report claim Tottenham manager Mauricio Pochettino is now keen on signing Zaha as he views him as the perfect kind of wide-player to come in and shine at Spurs’ new stadium.

It remains to be seen if Spurs can win the race for Zaha’s signature, however, as the report also adds Man Utd could be in for their former player if they miss out on the transfer of Borussia Dortmund’s Jadon Sancho.

The 19-year-old Bundesliga star has been linked with a move to United for as much as £100million by the Independent recently, and it makes sense that the club might want to explore easier and cheaper alternatives.

Still, Bleacher Report do explain that Zaha is unsure about rejoining United after his struggles there in his first spell with the club.