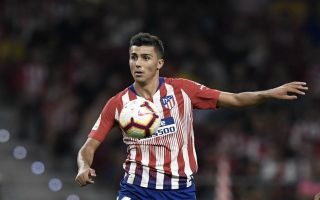 Man City are reportedly prepared to splash out €70m in order to meet the release clause of Atletico Madrid star Rodri.

The 22-year-old has established himself as a key figure for Diego Simeone, making 39 appearances so far this season as the anchor in their midfield.

That is an area in Man City’s squad which needs to be addressed with a long-term plan in mind, as stalwart Fernandinho will turn 34 next month, while Goal.com note that doubts have been raised over Ilkay Gundogan’s future at the Etihad.

For a club looking to complete a quadruple this season and to fight on multiple fronts year in and year out, they can ill afford to be left short in midfield and so reinforcements would surely be welcome for Pep Guardiola to play in that deeper role.

According to Goal.com, a reinforcement could arrive in the form of Rodri this summer, as it’s reported that Man City are willing to meet his €70m release clause and prise him away from the Wanda Metropolitano.

Further, it’s added that City sporting director Txiki Begiristain even attended the game against Girona on Tuesday night, perhaps with one of the motives behind it to take a closer look at Rodri in action.

Tanguy Ndombele, Declan Rice and N’Golo Kante are all specifically named as other previous Man City transfer targets, but the likelihood is that they will now try to press ahead with their move for Rodri and add another talented young player to Guardiola’s squad.

In the more immediate future though, the full focus of the club will be on continuing to fight towards landing a Premier League title, FA Cup and Champions League to add to the League Cup that they won in February.