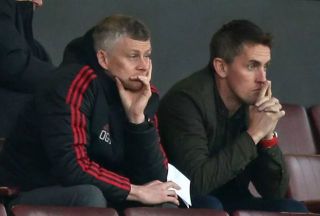 The Norwegian tactician will be handed a selection headache for the clash with West Ham United next week, as both Ashley Young and Luke Shaw are suspended.

Young picked up a red card in the defeat to Wolves last time out, while an accumulation of yellow cards will also see Shaw now sit out too.

With that in mind, those are Solskjaer’s two top options to play at left-back, and so he’ll have to decide on an alternative solution, and it appears as though he is taking a very hands-on and efficient approach to finding it.

As reported by The Sun, the United boss watched the U23s in action on Friday night, and it’s suggested that he was tracking Rojo’s performance in particular as it’s likely that the Argentine will step in and fill the void next weekend.

Diogo Dalot is also tipped to start at right-back, and so Solskjaer will hope that’s enough quality depth to be able to cope without Young and Shaw at such a crucial time of the campaign.

They of course face Barcelona in the Champions League on Wednesday night, and so that will be the more immediate focus for the Red Devils.

Nevertheless, as they sit two points adrift of fourth place with just six games remaining this season, they can’t afford any more slip-ups in the race for a top-four finish in the Premier League and so finding a solution to ensure that they keep things tight at the back against the Hammers will be crucial.

The two sides meet at Old Trafford next Saturday evening, with West Ham winning the reverse fixture earlier this season when Jose Mourinho was still in charge.