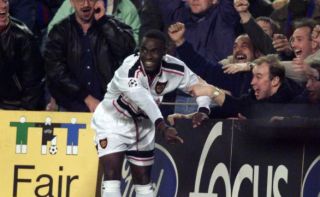 Manchester United legend Andrew Cole has revealed he once took a cheeky little dig at Sir Alex Ferguson as he celebrated his famous goal against Barcelona at the Nou Camp.

The former Red Devils striker scored a memorable team goal that night in a 3-3 draw in the Champions League, combining beautifully with strike partner Dwight Yorke before passing it into the back of the net.

MORE: Pogba and De Gea among seven big names who want transfers away from Manchester United

Still, Cole has now revealed he took a moment to respond to words from an angry Sir Alex Ferguson on the training ground, as the Scot told his players to ‘focus’.

Cole then pointed to a Ford Focus advert after scoring, showing his manager that he was in fact focused.

“I do remember the celebration because the manager told me off for messing about in training,” Cole told the Sun.

“He was screaming at me that I needed to focus.

“I said to the lads, ‘If I score, I am going to run over to the Ford Focus sign and say, Focus’.”

The former England striker also went on to say you don’t enough goals like his from that night in the modern game as strikers now are so focused on their own stats, whereas he and Yorke were a proper partnership.

“Every time I see that goal, it gets better and better,” he added.

“You don’t see that in the modern game. Centre-forwards seem to be so selfish about themselves and scoring goals, but Dwight and I were the total opposite.

“We’d tee each other up for tap-ins. I saw the goal recently and I thought, ‘Wow, that’s a proper team goal’. It was fantastic.” 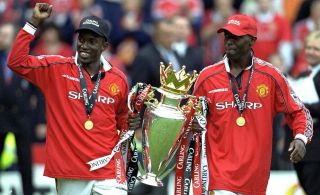 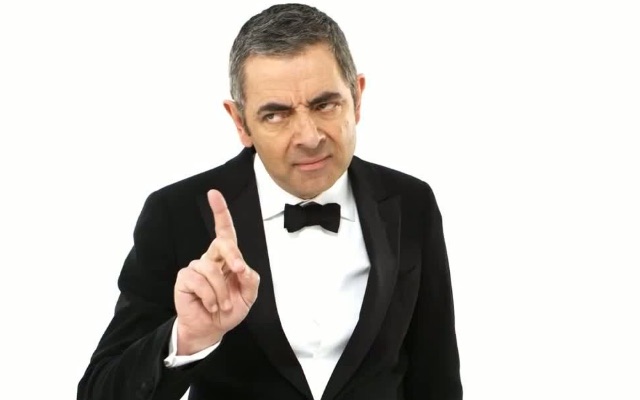