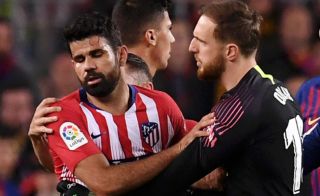 Barcelona beat Atletico Madrid 2-0 in La Liga on Saturday evening, as the Blaugrana took a huge step towards claiming their eighth league title in the last 11 years.

Two late strikes from Lionel Messi and Luis Suarez proved to be the difference between the two sides in the end, as the Blaugrana opened up an 11-point over Los Rojiblancos in the La Liga title race.

The win has effectively sealed the title for Barca, who will now surely turn their attentions towards winning the Champions League and Copa Del Rey in their hopes of wrapping up a yet another treble come the end of the season.

Barca’s hopes at beating Atleti on Saturday where handed a big boost in the first half of the match, as forward Diego Costa was sent off at around the 30 minute mark. 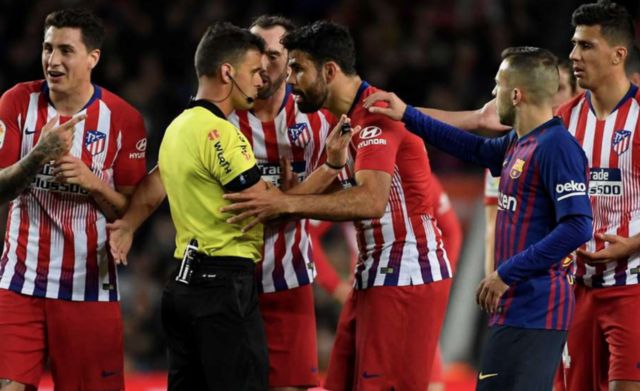 At the time, it was unclear as to why Costa was shown a red card, however it’s now been revealed what the Spaniard said to referee Gil Manzano which lead to the player being sent off.

Costa’s red card proved to be a key moment in the match, as it allowed Barca to dominate the game in large spells, something that ultimately lead to Atletico’s downfall come full time.