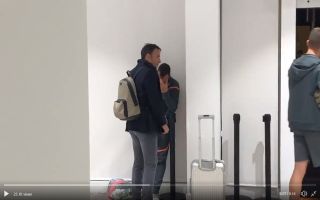 Arsenal legend Santi Cazorla looked inconsolable after Villarreal’s 2-1 defeat against Real Betis, the star missed a last-minute penalty that would have seen Villarreal escape defeat and remain above the La Liga relegation zone.

Cazorla fired a penalty straight down the middle of the goal in the 89th minute of the clash, which was saved by Betis stopper Pau Lopez.

Cazorla looked shattered after the game:

Santi Cazorla after his missed penalty for Villarreal tonight ?? pic.twitter.com/PIEljwiNjf

Arsenal released Cazorla last summer after his difficult battles with some horrific injuries in recent seasons, the Spaniard was welcomed with open arms at Villarreal and the playmaker has got himself back to full fitness and featured in the majority of Villarreal’s matches this season.

Cazorla is a true professional and a great role model to young footballers, we hope that the star’s boyhood club can escape relegation from La Liga.