Chelsea fans are hoping tonight can be the night they finally see the best of Gonzalo Higuain as he starts for the Blues against West Ham.

The Argentina international joined Chelsea on loan from Juventus in January, arriving as a big name and with the expectation of being a much-needed upgrade on Alvaro Morata up front.

However, it hasn’t quite worked out that way, with Higuain managing just three goals in eleven games since he moved to Stamford Bridge.

It could be a good opportunity for the 31-year-old tonight as he lines up alongside Eden Hazard and Callum Hudson-Odoi in an attacking XI from manager Maurizio Sarri.

Still, Chelsea fans are making it clear that Higuain needs to perform now as they’re clearly running out of patience with their January signing. 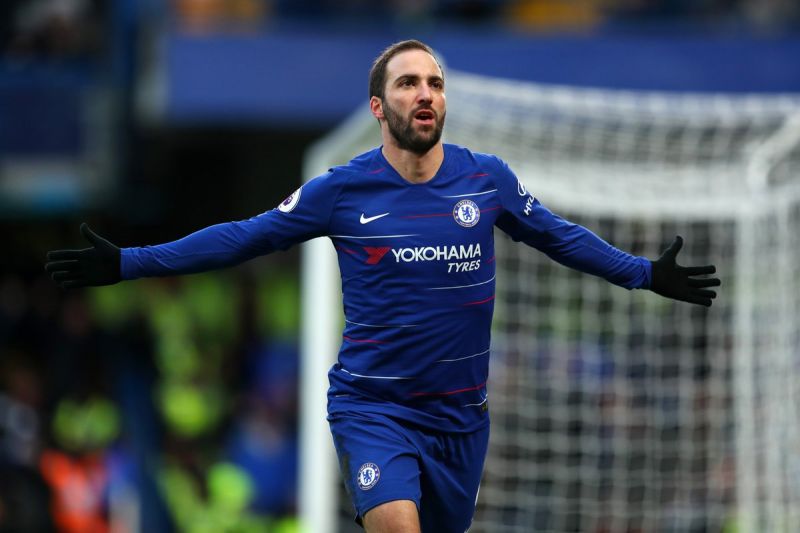 Gonzalo Higuain has only scored three goals for Chelsea

Sarri will no doubt be thinking similar as Chelsea really need to see something from Higuain soon if they are to make his loan permanent.

Can he live up to these expectations…?

This is Higuain’s last chance to prove himself. You can make the argument that he’s had ‘weaker’ players around him, so let’s see how he performs with arguably our best team out there tonight.

Really good team. Not quite our best XI (when will Christensen get a run?) but we can forgive Sarri a few tweaks.

Higuain’s last chance tonight? He’s looked lost for a while and Eden and Hudson-Odoi love playing with Giroud… https://t.co/U9jhm8OfWD

Today is higuain last chance to win me over or he becomes a morata to me ASAP!!! RLC two goals today please

Higuain needs to have a good game today.

Higuain needs to show up tonight

Hahaha I know right! Higuaín last chance to show what’s he got

Interesting to see how Higuain does alongside CHO and Hazard. This is the first time Higuain has played in such an attacking line up since his arrival. Can see him grabbing a goal or two today

Lol Higuain has to get at least a brace tonight ?

I hope Higuain starts tonight and scores a couple,he has a lot to do in order to convince Chelsea to keep him.